Cassie Lewis in the news… 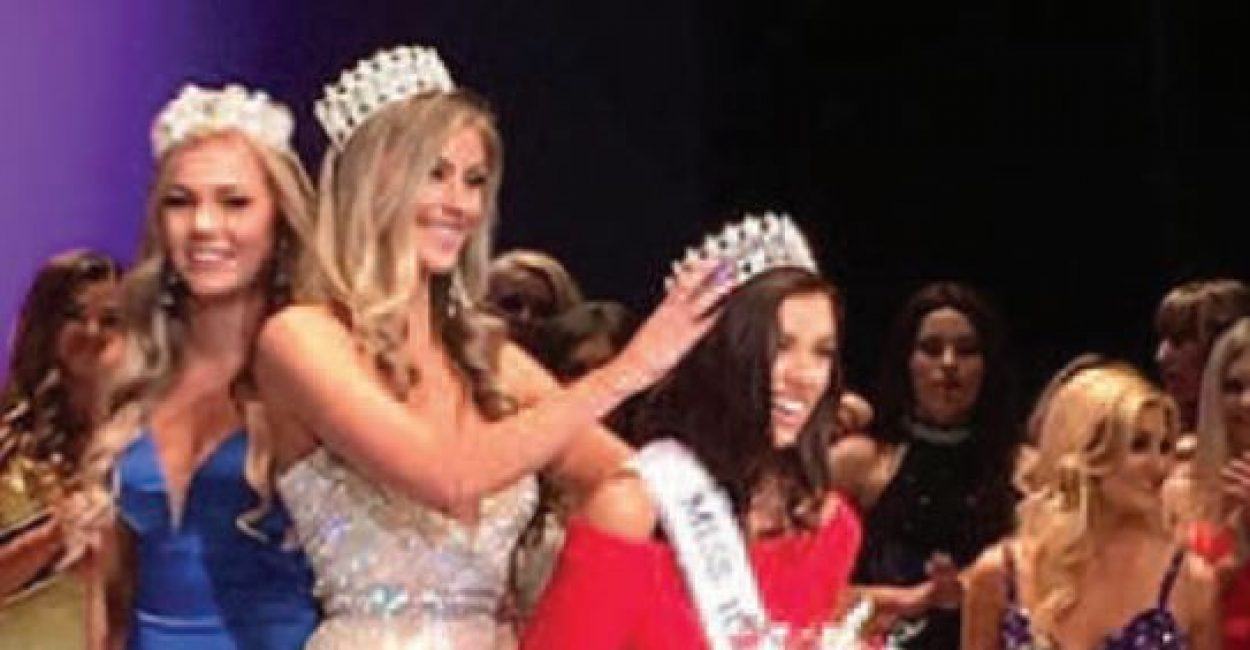 MOSCOW — When Cassie Lewis was 2 years old, she refused to let her parents continue choosing her outfits.

The Colfax native started mixing patterns “before it was cool,” she said, birthing a love of fashion that she’s now pursuing as a career. With Lewis’ new title as Miss Idaho USA, the Moscow resident hopes to inspire kids everywhere to find their passion and seek it out.

“I’d really like to travel to different high schools throughout the area and throughout the state as much as possible, and just speak to students there and encourage them,” said Lewis, 25. “Especially coming from a small state like Idaho, they may not be dreaming as big as they could.”

Lewis credits her parents for supporting her interest in fashion. As a preteen, she went through a phase of being embarrassed by the eccentric styles she tried as a kid, but her parents were never bothered by it.

“They just went with it,” Lewis said. “They were like, ‘This makes her happy.’ … I’m just really glad they allowed me to express my creativity in that way.”

“It was actually my parents that told me, ‘No, you have this interest in fashion, why don’t you study that?’ ” she said.

That’s just what Lewis did. She earned her bachelor of arts in fashion design and merchandising in 2013, and was promptly recruited by Macy’s for their executive development program.

“They could place me at any one of the 800 stores and they chose to send me to Moscow, which is the closest one to home,” Lewis said. “That was really nice, being able to come back here and spend time with my family.”

Lewis worked as a community outreach coordinator at the department store. She decided to stay in Moscow, calling it a “fun place” with “diverse people” and a “vibrant downtown.” Lewis took a job as an event planner at Washington State University about six months before it was announced that the Moscow Macy’s would close.

Last year was Lewis’ first time competing in a pageant. She took an interest in pageants after having a “light bulb moment” that it may help broaden the mentorship work she’s been doing with Colfax High School students for the past six years.

“Growing up in a small town, you always know that you’re a role model because you always see the young kids that are looking up to you,” Lewis said. “… That’s something that’s always stayed with me.”

She’d never known anyone who had competed in a pageant. Upon arriving at that first pageant, Lewis’ only frame of reference was the movie “Miss Congeniality.”

“I totally had this stereotype in my mind that all the girls would be catty and there’d be drama backstage,” she said. “I was so pleasantly surprised. Everyone was so kind and supportive of each other.”

Lewis came back for more this year, winning the competition for the 2017 title earlier this month in Boise.

“When they called my name, it did not feel real at all,” she said. “I had worked so hard for the last year — all the late nights in the gym and studying the news. In that moment, it was all so worth it because now I have this amazing opportunity.”

Lewis will go on to compete at Miss USA. The televised event, held in the spring or summer of 2017, has not yet been announced.

The title of Miss Idaho USA is a “dream job” for Lewis, who wants to pursue fashion, mentorship and travel in the future.

“I don’t know where it’s going to take me after the pageant, but I know I’m on the right path right now.”